History of the Quorn Hunt

Quorn Park as we recognise it today was built in 1905 by the famous Quorn Hunt.

The following article about the Hunt is borrowed from Wikipedia:


The hunt traces its origins to a pack of foxhounds established in 1696 at Tooley Park, Leicestershire, by the youthful Thomas Boothby (1677–1752). Its present name comes from the village of Quorn, also known as Quorndon, where the hounds were kennelled between 1753 and 1904. They were established there by the hunt's second master, Hugo Meynell, who bought Quorndon Hall from the 4th Earl Ferrers. Following more than half a century under the leadership of Boothby, Meynell was Master for forty-seven years. He was known for his innovative mastery of fox hunting so that he has been called 'The Primate of the Science'.

In 1905, new kennels and stables were built at Paudy Lane, Seagrave; these are now listed buildings.[4] The hunt's present-day kennels are at Gaddesby Lane, Kirby Bellars, near Melton Mowbray. 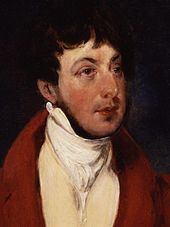 Among many notable Masters was George Osbaldeston, who in 1823 became the first to return to the Mastership after having previously retired.

Before gaining its present title in the mid-19th century, the hunt was often known by the name of its Master: for instance, from 1827 to 1831 it was called 'Lord Southampton's Hounds'. Until 1884, the hounds were owned by the Master, and a change of mastership took place either by purchase or inheritance. The hounds are now said to be "owned by the country", that is, by the hunt organization.

In 1890, Algernon Burnaby and Count Eliot Zborowski together planned the Quorn Hunt's famous Midnight Steeplechase, a jumping race in the middle of the night over twelve furlongs, with the riders dressed in nightshirts and top hats and the fences lit by oil lamps. Burnaby was the triumphant winner, gaining a silver cup provided by Zborowski. The race is commemorated in sporting prints.

A Great Depression began in 1929, and subscriptions to the hunt began to fall. Burnaby, Master since 1912, recruited Sir Harold Nutting, "newly rich from bottling Guinness", as his joint Master, and quipped "We don't want your personality, we want your purse!" Jane Ridley has estimated that during the following ten years Nutting spent about £15,000 a year on the Quorn.

Three Hunt-class warships of the Royal Navy have been called HMS Quorn, after the Hunt.